The Age of Sail Reborn

Posted on April 19, 2017 by infmarketingandlogistics 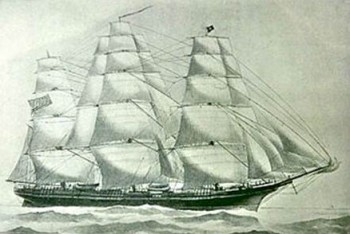 Launched in 1851 the “Flying Cloud” was the fastest clipper ship under sail. Making the run from New York to San Francisco in 89 days 8 hours, she set the record as the fastest Packet ship afloat, a record which would stand for 100 years. In 1838 the SS Great Western became the first trans-Atlantic passenger liner to integrate steam with sail. By the mid-1800s, the Peninsular and Oriental Steam Navigation Company (P&O) was challenging the idea of long distance sailing routes with service to and from the Far East. The age of the commercial steamship was born.

A New Twist in Sail Technology

Marine architects, however, remained fascinated with commercial wind propulsion through the early 20thcentury. In 1924 German engineer Anton Flettner combined cylindrical “sails” with a rotary turbine which not only produces power to the generators but also forward drive. The rotation of the cylinder creates a force known as the Magnus effect which is similar to the spin on a baseball. The resulting force pulls the ship ahead adding speed and motion. Recently this technology has been refined and incorporated into a modern design from Norsepower Corporation of Finland. Under favorable conditions the sail allows the vessel to maintain speed while reducing power to her main engines. The net effect is both a savings in fuel and a reduction of carbon emissions. Norsepower Rotor Sails incorporate computer sensors which continually monitor wind across the sail, adjusting them as needed. They can be installed on new builds or retrofitted to existing vessels. Offering a total solution to auxiliary propulsion, Norsepower provides delivery, installation, and maintenance of their rotors.

“The Age of Sail Reborn” appears in the current issue of AJOT.com.  In it,  I look at the current technology being tested by Maersk Tankers and other wind power solutions which hold the promise of reducing our reliance on fossil fuels while cutting harmful emissions.   You can read it at http://bit.ly/2pSpDUW

I think you’ll find it interesting!

Please check out other articles on my website at https://infmarketingandlogistics.com/

This entry was posted in Uncategorized. Bookmark the permalink.