Port technology, moving up and out

Posted on November 16, 2018 by infmarketingandlogistics 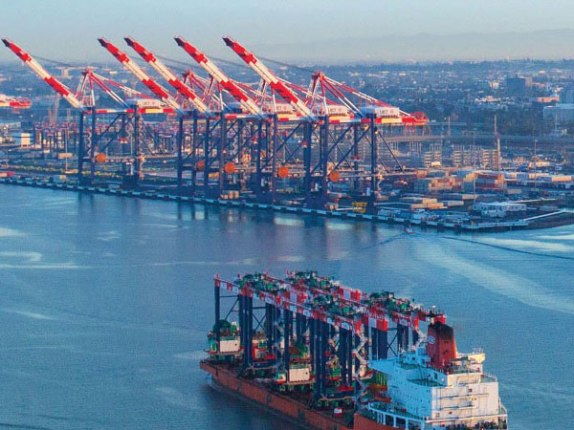 Turn time is the bench mark by which ocean terminals measure efficiency. The longer it takes to move a container on or off the ship or through the facility, the costlier that unit becomes in terms of handling and vessel delay. Container ships aren’t getting smaller; in today’s fast paced world it’s becoming impossible for ports to compete without technology. Automation is not the way of the future; it’s quickly become the norm today. The full article can be viewed online through AJOT.com

Posted on July 12, 2018 by infmarketingandlogistics 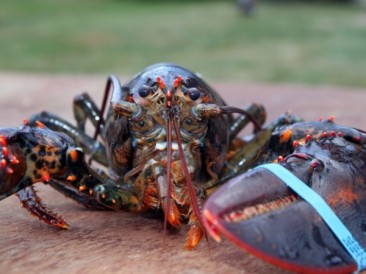 mer is finally here, what better way to celebrate than with a lobster bake and what better dish to serve then fresh Maine Lobster.  Over the past few years it seems that China has mirrored our taste for Maine Lobster as export demand grew last year by 7.4% to 55,500 tons at a value of over $126 million.  In fact, total exports from Maine contributed around $1 billion to the state’s economy.

I’ve put together some interesting facts on how lobsters are shipped and what China’s recent restrictions are doing to Maine Lobstermen.  Please take a look at my latest article in the American Journal of Transportation.  You can find it here:

33’ Twin Trailers, the debate rolls on

Posted on June 25, 2018 by infmarketingandlogistics

Earlier this month the Transportation Intermediaries Association (TIA) held their annual meeting with Congress to discuss various topics important to 3-PLs and cargo owners. On their agenda was the issue of nationwide approval for the use of twin 33’ trailers on our highways. There’s been much debate within Congress and among truckers over the road worthiness and economic value of twin 33’s and the disagreement appears to be growing wider.

We are facing a crisis in our domestic freight market. Data compiled by DAT Solutions, a national freight exchange, indicates that as of this year only one in twelve truckloads will have equipment available to move the freight. This is the lowest ratio since 2005. Further, the American Trucking Association notes that America is also suffering from a lack of qualified drivers.

On top of an already critical situation, Gail Rutkowski, executive director of the National Shippers Strategic Transportation Council (NASSTRAC), stated in a recent article that within the next few decades over the road freight is projected to increase by at least 40%. What is the solution? More trucks on the road or more freight in the trucks?

Shipper associations like NASSTRAC, TIA and the NIT League have publicly supported a change in our federal highway policy to allow 33’ trailers on all our nation’s highways. They see a significant benefit to less than truckload carriers who could increase load capacity by 18.6% hauling tandem 33’ trailers over the twin 28’ers currently in use. Arguably LTL truckers could simply revert to 53’ trailers and loose only 3 feet of cargo space, but twin 33’s have been shown to provide 24.5% more space than a single trailer. According to FTR Transport Intelligence, a leading research and consulting firm, twin 33’ trailers could reduce greenhouse gas emissions by 10% while reducing highway congestion by 14%. This is significant considering the additional freight demand which will be placed on over the road trucking in the coming years.

A 2014 study commissioned by Americans for Modern Transportation (AMT) showed that national approval for tandem 33’ trailers could have reduced vehicle miles traveled by 3.1 billion, saved 255 million gallons of diesel fuel and reduced hours of traffic congestion by 53.2 million hours. The resulting effect of these increases in productivity would have been a $2.6 billion savings in freight costs according to Dr. Ronald R. Knipling who conducted the research on behalf of the AMT.

Parcel carriers such as FEDEX and UPS have been testing the effectiveness of 33’s trailers in selected markets finding them safer and more efficient than the 28’ers currently in use.

So, who’s putting on the brakes?

Our national highway system has accepted 28’ twin trailers, which came into common use over the last 10 years.

Only four states (WA, WY, SD and UT) allow full access to tandem 33’ers. Eleven states including New York and Florida provide limited access on interstate highways which cross their borders. Debate has raged in Congress over the last three years on the expanded use of larger trailers. In 2015 FedEx testified at a congressional hearing on the national freight network. The data compiled by 8 LTL carriers supported safe and productive use of twin 33’ trailers across all interstate highways. In 2016 the Senate Transportation, Housing and Urban Development Committee posted a bill which included a provision to approve their use. In opposition Senators Roger Wicker R -Mass, Dianne Feinstein D-Calif, and Chuck Schumer D-NY opposed this amendment which led to its being dropped. In a statement to the Albany Times Union, Sen. Schumer cited concern over larger trailers on our aging highways and state roads such as SR 20 which runs west from Albany. Countering this the New York State Motor Truck Association stated that 33’ tandem trailers present no more weight than currently allowable configurations. “There is no push to put these on smaller roads…” the NYSMTA said.

In February, the Truckload Carriers Association (TCA) voiced their opposition to further consideration of twin 33’ trailers citing a presupposed equipment shift from 53’ers to double 33’s to remain competitive. Voicing their concern to Congress, the TCA also indicated driver training and insufficient parking for twin trailers would be problematic. What wasn’t stated was the fact that the use of twin 33’ers would be embraced primarily by Less than Truckload Carriers not the motor freight community at large. LTL carriers currently employ drivers trained to handle twin 28’ trailers. The additional 10’ of overall length should not pose a problem within that driver community. This March the AMT countered TCA objections by presenting a letter to members of the House Committee on Transportation and Infrastructure. The letter was addressed to Representatives Bill Shuster, Peter DeFazio, Sam Graves, and Eleanor Holmes Norton. It asks for the committee to consider expanded use of 33’ tandem trailers in future highway bills.

The debate rolls on. The TCA claims driver shortages would increase as carriers are force to retrain their operators to handle the new equipment. LTL carriers note they already train their staff to handle twin trailers and the increased size could be easily absorbed. Legislators have stated “Allowing the monstrous twin-33 trucks on our highways without a full understanding of the safety implications would be irresponsible and dangerous.” The ATM counters, “Twin 33’ trailers perform better than many other truck configurations on four critical safety measures, including stability and roll over.” Research, they claim, shows that twin 33’ trailers would result in 4,500 fewer truck accidents.

Proponents continue to lobby Congress to adopt a national policy, hoping the current administration will endorse extended highway use. So, where do we go from here? Is there enough support from cargo owners and LTL carriers to convince Congress? Or will “Over the Road” operators allow a handful of legislators to roll this issue off the highway?

Posted on April 14, 2018 by infmarketingandlogistics

here’s been a lot of discussion over the last several months on Electronic Logging Devices and the current Hours of Services regulations.  One congressman has taken the issue in hand introducing HR 5417 The Responsible and Effective Standards for Truckers or REST Act.  Please take a look at my article in AJOT.com on REST and how it might keep highway safety in place but add flexibility for over the road drivers.   Enjoy – Matt

Posted on January 12, 2018 by infmarketingandlogistics

The West Coast Marine  Terminal Operators Agreement (WCMTOA) has posted their gate hour schedule for the upcoming Martin Luther King weekend. Only APMT will remain closed for the entire period and as noted there will be no Saturday evening gates at any of the area terminals. WCMTOA comprises the 12 marine container terminals in the ports of LA and Long Beach.

Pier Pass continues its work with the Tioga Group which it contracted in November. Tioga and its partner World Class Logistics is studying traffic mitigation, turn times and possible alternatives to the current gate hours and mitigation fees. Under Pier Pass over 40 million truck moves have been taken out of weekly daytime traffic in and around the ports in Southern California.

Tioga Group’s study results and recommendations will be presented to WCMTOA and Pier Pass sometime during the first quarter of this year.

Suakin rises from the desert

Posted on January 3, 2018 by infmarketingandlogistics

At the end of last year, Turkey made significant inroads into Sudan. Adding a military base, and pledging to resurrect the ancient seaport city of Suakin. Called “the Port of Good Hope” by the Egyptians, Suakin may once again serve as a hub for trade and a military asset on the Red Sea. Please take a look at my latest blog “Suakin rises from the desert” on AJOT.com https://lnkd.in/gAH8FbZ

Posted on December 13, 2017 by infmarketingandlogistics

As we spin towards the third decade or the Neo-Millennium as I call it; logistics professionals will see changes to the face of transportation un-conceived of 20 years ago. The way we physically handle cargo will go hand in hand with technology to further guide freight movement.  You will find my latest blog paints an interesting picture of things to come!

The holidays are upon us.  Lights are going up all over town and the local sandlot now has trees for sale.   Holiday buying and giving is in full swing and the stores are looking to increase profits through the New Year.  There is however another side to it all.  For the retailer a season forgiving it’s not!  Please take a look at my latest blog on the art of the return.  I think you’ll enjoy it

The Jones Act: a New Face or New Fate

Posted on September 29, 2017 by infmarketingandlogistics 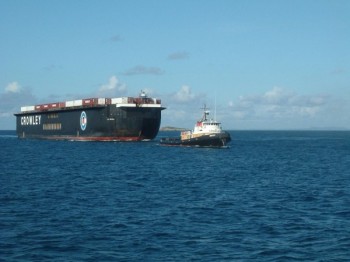 On September 20th Hurricane Maria slammed into Puerto Rico with Category 5 winds, knocking out power and devastating much of the island’s roads and infrastructure. Two weeks earlier, Hurricane Irma passing just north of the island also created significant damage. These storms dealt Puerto Rico a devastating blow. Fuel Oil and Natural Gas reserves were hardest hit, making it extremely difficult to restore power and electricity. As food, water and medical supplies become depleted, Puerto Rico faces a resupply problem. How to get the ports and infrastructure up and running so that relief can reach the people? To read the entire article please follow the link to:

Posted on September 12, 2017 by infmarketingandlogistics 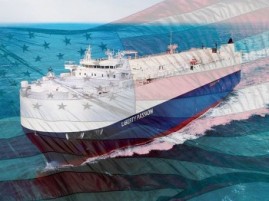 rica held 16.9 percent of the world’s tonnage with 2,926 cargo vessels and tankers, against a total capacity of 17,317 vessels worldwide. At the turn of the century that number had dropped to 282 vessels registered under the U.S. Flag. It represented only 1.0 percent of the world fleet. By 2016 according to the D.O.T. that number had dropped again to 169 ships representing only 0.4 percent of world tonnage. Container carriers and general cargo vessels were down to a total of 108 bottoms and the roll on roll off sector was down to 28 ships. Under current conditions America’s merchant marine capability would be sorely tested in times of need. Fortunately, many U.S. companies are stepping up to the plate to build or re-flag ships under the Stars and Stripes.
To view the whole article please visit: